Fort Lauderdale, FL, March 1, 2017 – Diversity Construction Group of Cheshire, Connecticut, today announced that it has been awarded National Diversity Excellence Award from Associated Builders and Contractors (ABC). James A. Keaney, Jr. accepted the award on March 1 at ABC’s 27th annual Excellence in Construction® Awards during the association’s Workforce Week ‘17 in Fort Lauderdale, Fla. “Associated Builders and Contractors is pleased to honor Diversity Construction Group for their commitment to processes that embrace diversity and inclusiveness in all aspects of their business,” said 2017 ABC National Chair Chuck Goodrich, president of Gaylor Electric Inc., Indianapolis. “Diversity Construction Group has created a competitive advantage by creating a framework that attracts and retains top talent from a wide variety of backgrounds into the construction industry. ABC looks forward to working with this year’s National Diversity Excellence Awards winners and its Diversity Resource Groups to continue to lead the industry forward in unlocking the full potential of every individual who chooses a career in construction.” 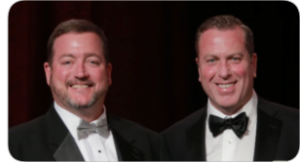 Diversity Construction Group President, James A. Keaney, Jr stated “We are excited to be recognized by the ABC for our efforts to promote diversity in our industry.  I want to express my extreme gratitude to the many subcontractors, vendors and volunteers that helped make the 1st Annual Diversity Construction Group Foundation Golf Tournament such a success in the spirit of promoting diversity in our industry.”

Diversity Construction Group (DCG) is a commercial construction company located in Cheshire, CT. DCG is a full service general building contractor, specializing in public and private projects. DCG was founded in 2011 and has an extensive number of completed contracts that we are proud to showcase. These include school renovations, historical renovations, ADA improvements, and athletic field construction.

DCG employs a highly skilled workforce and our employees have extensive experience in all areas of commercial construction, from pre-construction to close out. DCG is committed to employing a culturally diverse workforce and actively seeks our minority and women-owned subcontractors to be part of our team.

About Associated Builders and Contractors

Associated Builders and Contractors (ABC) is a national construction industry trade association representing nearly 21,000 chapter members. Founded on the merit shop philosophy, ABC and its 70 chapters help members develop people, win work and deliver that work safely, ethically, profitably and for the betterment of the communities in which ABC and its members work. Visit us at www.abc.org